The Bargaining power of Suppliers : Low

The Threat of New Entrants : Low

Quote from Jeff : Your high margins are my opportunity.

Costco and other existing players have huge economies of scale and bargaining power helping them offer low prices. Any  new entrant has to be extremely efficient and endure sustained loss for many years before they can turn profit.

Costco has a loyal customer base due to a combination of low prices, good customer service and excellent product selection. This has resulted in Costco shopping experience being part of weekly or monthly routine of many of it’s members

Online / e-commerce is a major threat for Costco. Most of Costco’s customers are baby boomers, however there are 77 million (25% of U.S population ) under 30 and known as millennials. The tastes and preference of millennials are significantly different from baby boomers, this group is more internet and tech savvy and are adopting online shopping more openly than baby boomers.

Costco is taking steps to attract millennials and adopt to the new trends by offering organic food in their stores and teaming up with Google Express.

One of the strong protection against substitutes are some of the store-exclusive products and services (Alcohol , Pharmacy ,eye and hearing aid, Gas, fresh/cooked meat ) that cannot be purchased online ( at least not Yet)

The Bargaining power of Customers : Medium

Customer switching cost is low , membership fee helps to bring repeat customers to the stores however there are many options available that are cheap and convenient for the customers.

Is the Business Good : Yes

The Key metrics considered are ROIC and FCFROIC . We compare the ROIC against the competitors and industry benchmark. 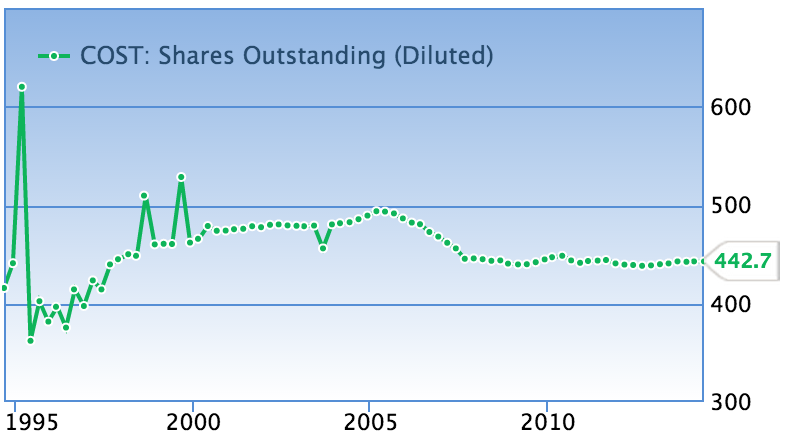 Is it Expensive (Valuation ) : Yes