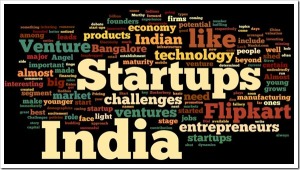 This is the show notes from part 2 of my interview with Vijay and Sudhi, co-founders of AppZui.com. I interview entrepreneurs, investors and engineers from around the world so that we can all learn from them, expand our minds and benefit from their experience. You can listen to part 1 of this interview here.

In this episode we discuss the current environment for startups in India and some of the challenges a typical Indian entrepreneur would face while starting a business. Topics covered in our discussion include

Listen to the interview here

The changing mindset in india

India adopted a socialist model of economy after independence. Then-prime minister Nehru aligned the country with the ideology of the communist Soviet Union. The private sector lacked both the capital and clout to participate in large-scale projects like building power plants and roads, refining petroleum, manufacturing, electronics, etc. The government was responsible for building infrastructure, providing employment and administration.

An entire generation grew up under socialism, where the main source of employment for young, educated men and women in the organized sector was government or government-run enterprises, also known as the public sector.

This era was also infamously known as the “Licence Raj”; the government kept a tight grip on private Indian companies through a barrage of licenses, permits and inspections. Corruption was rampant, because politicians and government agencies had firm control over citizens and the economy. A natural outcome was the rise of an extensive bureaucracy, red tape, unnecessary regulations and trade barriers.

The Indian economy was in a deep hole by the late 1980s. It suffered a balance of payment crisis (payments for export and import of goods, services and capital). The government was unable to pay off essential imports, ran a high deficit, and borrowed from external sources to finance those deficits, and inflation was on the rise.

With just three weeks left to completely depleting the last loan from the IMF, P V Narasimha Rao took over as India’s prime minister in 1991 and announced liberalization. The goal of his visionary policy was to remove unnecessary bureaucratic controls, take careful measures to integrate India with the world economy, remove restrictions on foreign investments, and crack down on public sector enterprises that yielded very low returns.

The result was that the Indian economy almost doubled in the five years following the announcement of economic reforms. The GDP in India was worth 2.066 trillion US dollars in 2014.

With liberalization of the economy, private sector participation increased in terms of economic output and as a source of employment. The entry of many multinationals into the country introduced the local population to advances in technology and business practices. Gradually the popular opinion about capitalism and the business community started to change. In my interview with the founders of AppZui, a startup in Bangalore, I discuss the current mind-set in India towards business and entrepreneurs

Starting up in India

In this segment we discuss the opportunities in Indian market and some of the challenges that a typical startup in India would face. We also discuss the areas of the economy where many startups are focusing their efforts.

Startups face many challenges during their early years. The right mentors, advisors and sources of funding are crucial for their survival and growth. We discuss the popular sources of funding for early-stage startups in India, some of the popular angel investors and venture capital firms that are active in India, and their criteria for funding a startup. Below is a list from the interview.

Mumbai Angels : Established in 2006 when angel investing was not yet popular in India. Some of their popular bets have included adtech company InMobi and fashion store Myntra, recently acquired by Flipkart

Harvard Alumni Angels : India-based Harvard alumni formed this network in Bangalore in 2011. They have mostly been focused on tech startups in Bangalore, Mumbai, and Delhi. What differentiates them is the strength of their alumni network.

SeedFund : Specializes in early-stage investments. One of its popular co-founders is Mahesh Murthy, a familiar figure in the Indian startup ecosystem. One of their high-profile investments is redBus.in, which was sold to a private equity firm for $100 million in 2013.

Accel Partners : A venture and growth equity firm. Accel funds companies from inception through the growth stage. The company manages over $8.8 billion from offices in Palo Alto, California, New York City, London, India and China. Some of the high profile startups they have funded include Flipcart.com and Ola.

Soft Bank : The Japanese technology company has already invested $2 billion in India in the past year and is on course to exceed its planned $10 billion investment in India over the next decade. Some of its popular bets include OLa Cabs, Snapdeal.com and InMobi, an Indian mobile-advertising network.

Sequoia Capital :A venture capital firm specializing in incubation, seed stage, start-up stage, early stage, and growth stage investments in private companies.was founded by Don Valentine in 1972 in Menlo Park, California and has offices in Beijing, China, Hong Kong, and India. They has invested in some 100 companies in the country, including high-profile startups like Ola, Zomato and Micromax.

Blume Ventures  : Provides seed funding to early-stage tech-focused/tech-enabled ventures. They are proponents of a collaborative approach and like to co-invest with like-minded angels and seed funds. They then provide follow-on investments to their stellar portfolio companies.

500 Startups : Is a leading global venture capital seed fund and startup accelerator. We manage $200M in assets and invest in 1300+ technology start-ups.

Startups and venture capital funds favor Bangalore over most other cities. A total of $2.256 billion (Rs. 14,428 crores) in venture capital investment was made in Bangalore in 2014. We discuss the factors that make Bangalore the preferred destination for startups. Some of the topics of discussion include: 1) talent pool; 2) cultural diversity; 3) demography; 4) pollution; 5) commute and traffic; and 6) food

Being an entrepreneur in India

Being Mortal: Medicine and What Matters in the End by Atul Gawande

Maverick: The Success Story Behind the World’s Most Unusual Workplace by Ricardo Semler

The Startup of You by Reid Hoffman and Ben Casnocha