Recently one of my friends shared a newspaper clipping from March 30, 2000. It was the first time Dow Jones index had cracked 10,000 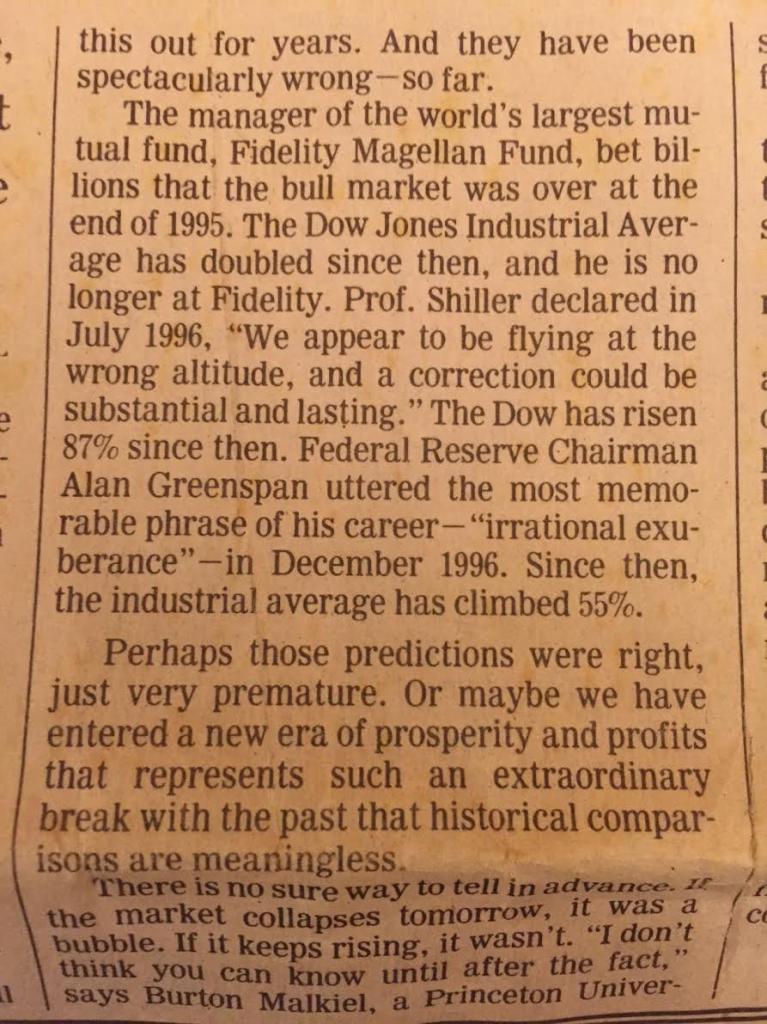 What is interesting is how long it took for the bubble to pop and the inability of experts to predict the future events. Sounds familiar?

Fast forward to 2017; Dow closed above 20,000 for the first time on January 25th, 2017, all other indices closed at all time highs. Pundits were quick to explain and rationalize one of the long-running bull markets.

Clearly, this has become a buy-high-sell-higher market with the Dow breaking above 20,000,” said Terry Sandven, chief equity strategist at U.S. Bank Wealth Management. “Out of the gate, President Trump is moving along with his agenda. – CNBC

“More importantly, earnings have been on the cusp of increasing, and that’s going to be key to hold these valuations,” – CNBC

Traders have been waiting for more details on infrastructure spending and now they have it in a very clear format,” Naeem Aslam, chief market analyst at Think Markets.

There is nothing bigger than this. A break of 20,000 for the Dow stimulates fresh capital which has been waiting for this moment to join this party. – CNBC panel discussion

The following is an article from Wall Street Journal from March 1st, 2017. 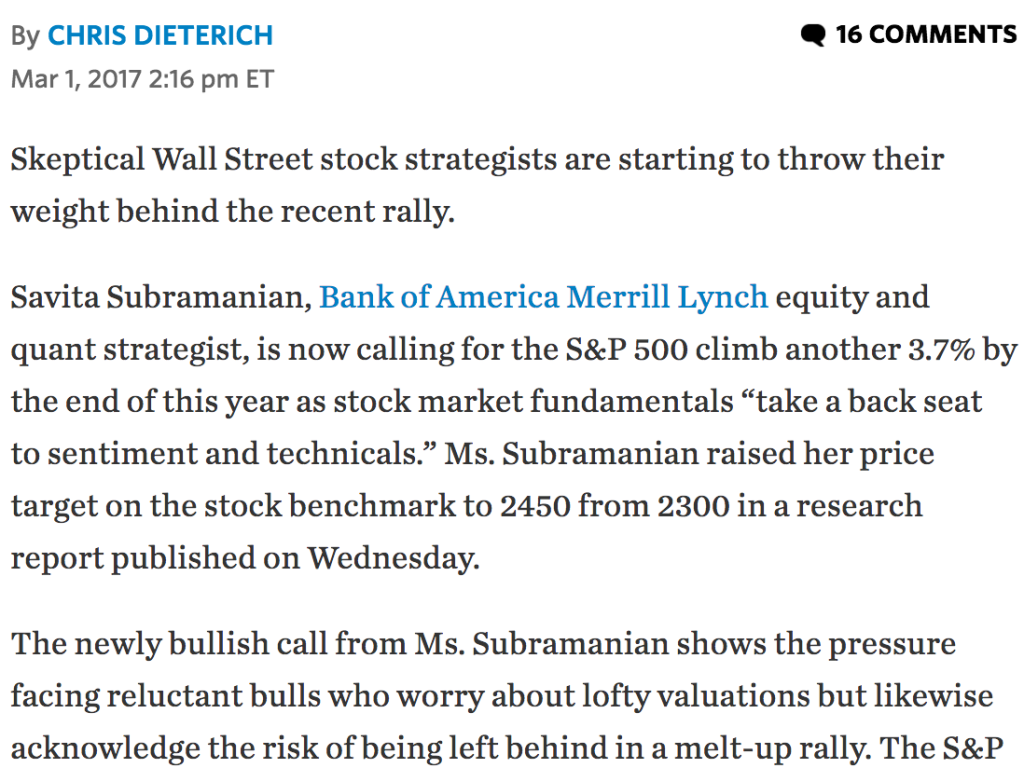