On May 2nd 2020 Berkshire Hathaway Annual meeting was conducted virtually, many of us had plans to visit this year but due to COVID19 we all had to adapt to the new reality. The mood was sanguine, Buffett did his best to maintain normalcy in these difficult times. I watched the meeting on my laptop and the format was shorter than usual but the question and answer section of the meeting was 4.5 hours. I am impressed by Buffett’s stamina at 89 to answer questions without any breaks for such a length of time, for most of us it was hard to keep up and concentrate throughout the length of the session. His mind is sharp as ever and his wisdom is more relevant than every during these difficult times. I have shared my highlights and lessons from this year’s Berkshire Hathaway Annual meeting. Hope you find it useful and look forward to your comments and thoughts.

Highlights of the Berkshire Annual Meeting 2020 : 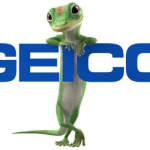 1. Buffet is the CEO of an insurance company not a portfolio manager or an individual investor , hence his opportunities, advantages , motivations, compulsions and limitations are different than most of us. I see MKL and BRK taking similar actions i.e. net sellers of stocks in the past few months. Even-though he said BRK need not raise loss reserves he seems to be playing it safe, specially his comments around how he feels obligated to make the payments to those who rely on BRK insurance policies drives this point
2. Berkshire’s priority is resilience not efficiency i.e. safety of capital and survival of the Business. I am glad to know that Buffett runs his business as though his investors have 100% of their savings invested in BRK.
3. Buffett might be waiting for a big elephant as the probability of he finding one in the next few months is very high compared to the past few years, buying a company outright has its own advantages to BRK as an insurance company.
4. Buffett is considering the length of the economic shutdown and the time it takes for the economic output and demand to be back to previous levels, we might be in for a long slow recovery which will naturally impact business and stock prices in the medium term
5. Berkshire sold its investments in airlines. Buffett’s reason to sell airlines is his perceived change in business environment due to lower traffic in the short to medium term and changing consumer habits in the long term. I also believe airlines were a political hot potato for Buffett as many were criticizing him for being bailed out by the government. It was clear at this phase of his life he values his reputation and legacy more than the loss he has from selling the airlines. This was especially made clear in one of his answers where he emphasized that one of the Berkshire companies applied for bailout money from the government.

6. Berkshire’s priority is resilience not efficiency i.e. safety of capital and survival.

1. Never Bet Against America. Buffett encouraged investors who have a 20+ years view and are emotionally stable to buy across section of America through buying index funds. US wealth in 1789 is $1 billion.Today it is $100 trillion. Every $1 returned $100,000. It happened in spite of Gettysburg,the Great Depression, two world wars, Cuban missile crisis, financial crisis, and many other crises.

2. When there is a market crash think rationally and probabilistically.. buying blindly since prices have come down drastically is same as selling in panic. Investing is the process to accessing intrinsic value and during a crisis you should buy or sell stocks of companies when you are confident about your ability access intrinsic value. Case in point Buffett selling Airlines after he evaluated the prospects and hence intrinsic value in the near term and long term future.

3. Don’t be afraid to change your mind when facts change even if it is inconsistent with what you have committed publicly earlier . e.g. Buffett selling Airlines after his public endorsement of Airlines in an interview few months before the annual meeting