In the past couple of months I have read and re-read “The Education of a Value Investor: My Transformative Quest for Wealth, Wisdom, and Enlightenment“. The book chronicles the transformation of a young and smart Wall street analyst into a wise value investor.

Who is Guy Spier ? 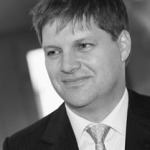 He completed his MBA at the Harvard Business School, class of 1993 with Mark Pincus and Chris Hohn. He holds a First Class degree in PPE (Politics, Philosophy and Economics) from Oxford University where he studied at Brasenose College.

Spier serves as the chair and founder of the Weizmann Science and Business Club. He is a member of the Harvard Business School Alumni Board and also serves on advisory boards of Value Conferences; and of Zurich Minds.

Why Read this book ?

When I picked this book I was most interested in knowing the secrets of investing that Spier might have shared and his charity lunch with Warren Buffett. When I read the book I learnt much more than investing. I have read many autobiographies but few are as open and candid about the author’s lives and struggles. By sharing his mistakes and failures, Spier connects with the readers. He inspires all of us by sharing the story of his transformation into a wise and accomplished investor.

In his seminal book “Guns, Germs and Steel: The fate of human societies” author Jared Diamond convincingly argues that the gaps in power and technology among human societies originate in geographical differences, which are amplified by various positive feedback loops.

We should have confidence in our ability and talent but it is unwise to underestimate the influence of the environment around us. In Warren Buffett’s biography, The Snowball The Oracle of Omaha said that he had won the Ovarian Lottery:

In his Book,Spier provides deep insights into the influence of environment on human psychology through his experience in life and business.He spent many years in New York while managing an investment partnership where he struggled with the distortions and strong emotional forces thrusted by the highly competitive and aggressive environment around him ( i.e. Wall Street )

As for me, my 18 gut-wrenching months at D. H. Blair had destroyed my clean copybook and brought my creed to an absolute low. The resume and reputation I had built for myself at Oxford and Harvard had been reduced to dust. And reputation in business– especially the investing world– is everything. For years after I left D.H. Blair, I felt so sullied by the experience that it was as if I couldn’t wash the dirt off my hands.

Even as I write about this now, my skin crawls. Part of me wonders if it’s a mistake to write about it at all. But I think it’s important to discuss just how easy it is for any of us to get caught up in things that might seem unthinkable — to get sucked into the wrong environment and make moral compromises that can tarnish us terribly. We like to think that we change our environment, but the truth is that it changes us. So we have to be extraordinarily careful to choose the right environment– to work with, and even socialize with, the right people.

Don’t seek the masters, but seek what they sought.

If you are a blogger focusing on finance and investing and would like to increase traffic to your website, one of the tried and true formula is to include “Warren Buffet” or other great and popular investor’s name in the titles of your posts.

As a consumer of information online, I have fallen to this trick many times, sometimes knowingly. It’s hard to resist the lure of reading about Warren Buffet or knowing more about his life.

Many books have been written on the life of Warren Buffett, Steve Jobs and other great business men and political leaders of our times, yet there are few who successfully cloned what Buffett or Steve Jobs did.

In chapter 6 “Meeting a Master” Spier talks about Mohnish Pabrai, who is the managing partner of Pabrai Investment Funds and a good friend of Spier.

Most of us admire the great masters in investing or other fields, however few of us follow what they did. Guy Spier has a simple advice for us

Don’t seek the masters, but seek what they sought

Greed may be good if it helps you grow wiser

According to Webster Greed is “An intense and selfish desire for more of something”. All human emotions are a product of evolution and were essential for the survival of our ancestors. Greed like other human emotions has its share of cost and benefits to individuals and society in general.

Greed is counted among the seven deadly sins in Christianity.

Greed never allows you to think you have enough; it always destroys you by making you strive ever harder for more

Can greed ever be good?

In my experience you can start out as a hungry young capitalist, driven almost entirely by greed, and find that it gradually leads you to a more enlightened mind-set. In that case, greed may be good after all – not if it merely motivates you to acquire more, but if it drives you toward that inner journey of spiritual growth and enlightenment.

Warren Buffet recognizes Envy as more powerful and dangerous than greed. In of the the annual shareholders meeting of Berkshire Hathaway he said

It’s not greed that drives the world, but envy

Envy is a feeling of discontent or covetousness with regard to another’s advantages, success, possessions, etc. Envy is a dangerous but natural emotion that we are faced with each day.Envy is one of the biggest hurdle to financial freedom, prosperity and happiness.

There is nothing more counterproductive than envy. Someone in the world will always be better than you. Of all the sins, envy is easily the worst, because you can’t even have any fun with it. It’s a total net loss.

The victims of envy seldom recognize the force pushing them to act irrationally. They are unaware of the emotional undercurrents driving their thinking and actions. We all have experienced envy in our lives and in my opinion it’s hard or even impossible for many of us to escape this emotion, however what matters is the awareness of this emotion and how we react.

In my view, envy is also an emotion that we deny at our peril. in the financial markets, envy is a silent killer: it leads people to behave in ways they wouldn’t if they were more honest with themselves. For example, investors see their friends make a killing off tech stocks that are crazily overvalued, and they plunge in right before the bubble bursts. It’s important to be aware of these emotional forces bubbling inside us since they fundamentally skew our judgment, messing with our ability to make rational decisions. As an ancient rabbinical saying puts it: “Who is strong ? He who masters his own passions”.

I had the opportunity to talk to Guy and ask him few questions, thanks to my friends Preston and Stig @ www.theinvestorspodcast.com. I learnt a lot just by the way he responded to us and interacted with us, he is truly authentic.He was very generous with his time and we had a great time talking to him. I hope you find the interview useful. Click here to listen to our first interview with Guy Spier at theinvestorspodcast.com